Right from the very beginning the NASA/ESA Hubble Space Telescope has been designed to be a new type of mission — a permanent space-based observatory that could be regularly visited by the Space Shuttle and serviced.

At the same time astronauts would be able to replace or upgrade outdated science instruments.

Hubble’s position above the Earth’s atmosphere means that these science instruments can produce high resolution images of astronomical objects.

Ground-based telescopes can seldom provide resolution better than 0.5-1.0 arc-seconds, except for very short times under the very best observing conditions. Hubble's resolution is about 5-10 times better, or 0.05-0.1 arc-seconds.

The Layout of the Hubble Instruments

On board Hubble all the instruments are placed in the so-called radial instrument bays and axial bays.

Four radial bays are placed around the sides of the telescope, and are currently occupied by three Fine Guidance Sensors and the Wide Field Camera 3 (WFC3). These instruments are shaped roughly like quarter circles.

Four axial bays behind the mirror at the end of the telescope carry rectangular box-shaped instruments. These bays are currently occupied by the Cosmic Origins Spectrograph (COS), the Advanced Camera for Surveys (ACS), the Space Telescope Imaging Spectrograph (STIS) and the Near Infrared Camera and Multi-object Spectrometer (NICMOS). 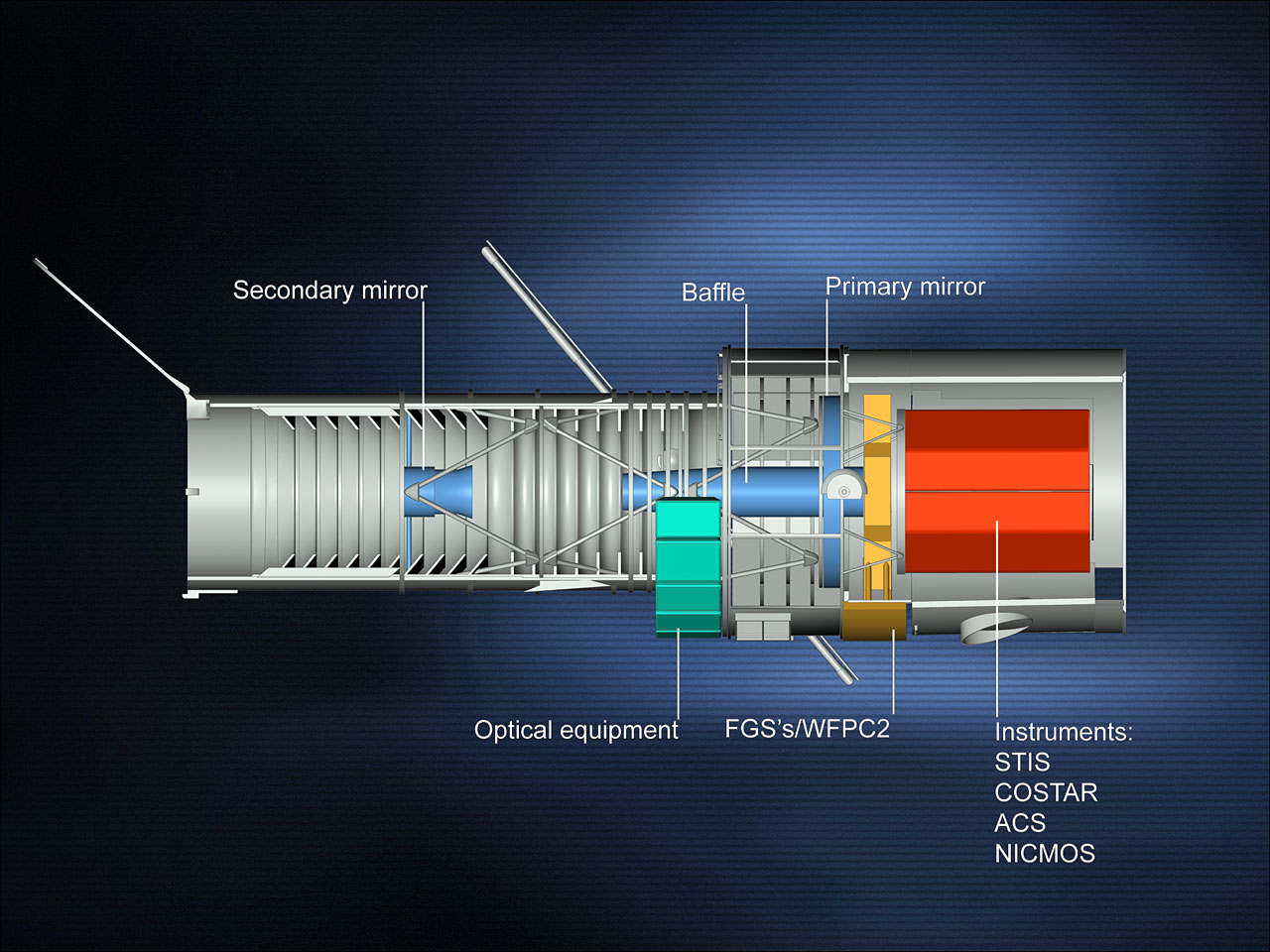 On board Hubble all the instruments are placed in the so-called radial instrument bay (in red) and in the axial bay (in yellow).

The chart alongside displays a comparison of the different detection capabilities for some of Hubble's imaging instruments. The upgrades to Hubble under SM4 raised the overall performance capabilities of Hubble, particularly in the ultraviolet.