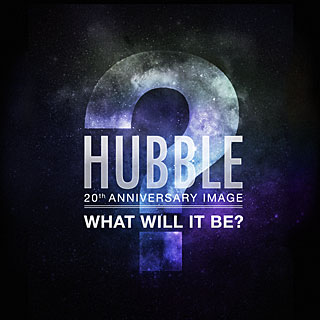 The rejuvenating Servicing Mission 4 in May 2009 left the telescope more capable than ever. Over the 13-day mission, astronauts repaired two instruments, replaced two others and also performed other necessary maintenance work on the veteran observatory.

The high quality of this image will make for a dramatic display and a fitting tribute to Hubble’s twenty years in orbit. ESA has therefore decided to produce 100 laminated copies of the image, which can be rolled and shipped across Europe.

We invite all European-based science centres, museums, planetariums, nature centres and other informal education venues to apply to receive one of these images.

In order to submit this application, the applicant (on behalf of associated institution) must agree to the following terms of the Hubble 20th anniversary image unveiling:

If your institution is selected, you will receive free of charge:

These 100 prints will be distributed, free of charge, to the venues that make the best case, including a complete plan for the proposed unveiling and exhibition of the panels and the anticipated number of visitors.

THIS PROMOTION IS NOW CLOSED. THANK YOU FOR YOUR INTEREST IN HUBBLE'S 20TH ANNIVERSARY.