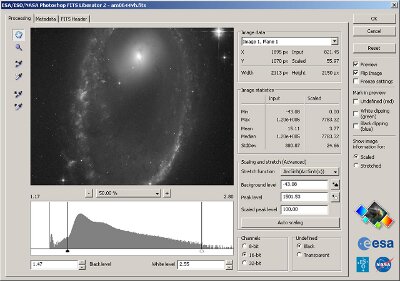 Today, an updated version of the popular software has been released with, among other features, native support for Intel-based Macs. Another key update is a much improved support for embedding of descriptive information, so-called metadata, directly within the final image. Based on a updated version 1.1 standard for Astronomy Visualization Metadata, this information is stored in the standard manner like that used by digital cameras to record exposure information.

The FITS Liberator is freely available for download from:

Version 2.2 of The ESA/ESO/NASA Photoshop FITS Liberator has been improved in several areas, some of which are: