NASA officials announced 30 October 2008 that the planned Hubble Servicing Mission 4, originally scheduled for late September, will at the earliest take place in May 2009. The decison comes after engineers completed an initial assessement of the work required to bring the replacement Science Instrument Command and Data Handling system into flight readiness.

The Hubble flight spare has been at Goddard since it was originally delivered as a back-up system in 1991. The unit currently is undergoing testing and examination to identify and correct any problems. That work will continue until mid-December.

The unit will then undergo environmental assessments that include electro-magnetic interference checks, vibration tests, and extended time in a thermal vacuum chamber. Environmental testing is anticipated to run from mid-December to early March 2009. Final testing will be conducted on the unit, and delivery to NASA's Kennedy Space Center in Florida is expected in early April.

"The equipment we are dealing with has a flight-proven design," said Hubble Program Manager Preston Burch. "The original unit on Hubble ran for more than 18 years. We have a lot of spare parts if we encounter problems, and we have most of the same test equipment that was used with the original unit. We also have a lot of experience on our Hubble electrical replica, which uses the engineering model data handling unit."

As for the servicing mission itself, the precise details for a future spacewalking schedule are still under review, but the installation replacement of the unit ranks very highly on the list of priorities. There is a good opportunity to replace the unit on day 1 instead of first battery module and shift the battery module to day 5 where second part of ACS repair was scheduled. This requires an assessment of whether it is realistic to conduct all the ACS repair on EVA day 3. Ultimately the schedule is determined by the Shuttle team and the astronauts and not the Hubble team.

In the meantime, science observations on Hubble that had been suspended continue to move toward standard operations. The current primary camera on the telescope, the Wide Field Planetary Camera 2, was brought back online. On Wednesday, calibration images with the Advanced Camera for Surveys' Solar Blind Channel were completed. Regular science observations resumed Thursday, and the first science image from the camera was released. 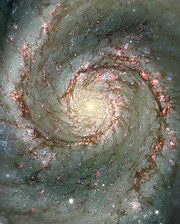