"Eyes on the Skies" and "Hidden Universe" are Wiley-VCH bestsellers 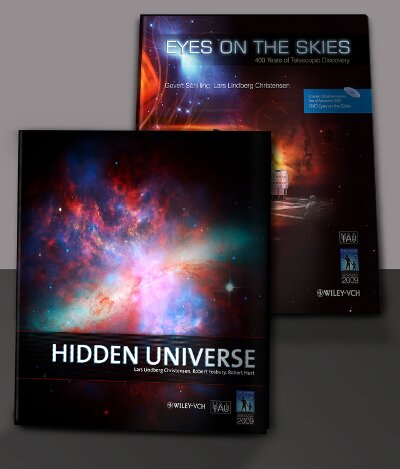 "Eyes on the Skies" and "Hidden Universe", two books produced in a unique collaboration between the International Astronomical Union (IAU), the European Southern Observatory, the European Space Agency and the international publisher Wiley-VCH, have just been announced as 2008 bestsellers. The publisher's second ranking bestseller is "Eyes on the Skies", which tells the fascinating story of the telescope through words and a wealth of stunning photographs and illustrations (plus a 60-minute documentary DVD). In 8th place, "Hidden Universe" achieves the tricky task of communicating unseen phenomena comprehensively and without jargon, beginning with a look at the way we observe the Universe using our eyes and telescopes and then travelling across the five wavelength bands.

Both books are released at the occasion of the International Year of Astronomy 2009. 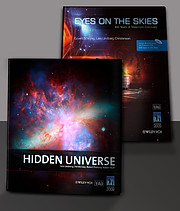