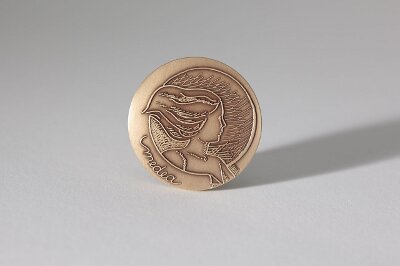 The Eyes on the Skies project initiated as part of International Year of Astronomy 2009 (IYA2009) celebration now entering its final weeks has won an international accolade. After originally being selected as one of eight finalists from a field of over 254 entries from 39 countries, the Eyes on the Skies movie and book went on to receive the Special Jury Award for its high production value at the MEDEA 2009 Awards held in Berlin, Germany on 4 December.

The annual MEDEA awards recognize excellence in media-rich educational materials. The competition's judges said that Eyes on the Skies is "a very well designed and attractive presentation of quite a challenging subject" and is "authoritative without being confusing." In this way, the project serves as "an excellent example of integrated educational narrative and complementary use of various media," the judges also said, owing in part to its "superb script."

The Eyes on the Skies project was commissioned to coincide with IYA2009 in commemorating 400 years since the first use of the telescope. The movie and accompanying book engagingly explore the many facets of the telescope, including its historical development, scientific importance, and the technological breakthroughs and people behind this ground-breaking invention. Eyes in the Skies, a collaboration between the European Southern Observatory (ESO), the European Space Agency's Hubble office and the International Astronomical Union (IAU), is hosted by ESO's Joe Liske, a.k.a. Dr. J. High international demand has ensured that tens of thousands of copies of the book and more than 300,000 copies of the movie have been distributed worldwide. The movie has been translated into 33 languages, and the book is available in 6 languages.

"This is a tremendously important recognition of the high quality of our production and a great tribute to the team, especially Martin Kornmesser, our Production Designer" said Lars Lindberg Christensen, director and co-writer of Eyes in the Skies and head of ESO education and Public Outreach. "I hope that the Eyes in the Skies project will continue to excite, inspire and educate viewers worldwide."