Before becoming Space Telescope Science Institute (STScI) Director Ken Sembach had already been heavily involved with science operations for the NASA/ESA Hubble Space Telescope for many years. At STScI he served as Hubble Project Scientist, Hubble Mission Head, and most recently as Interim Deputy Director. Previously, from 1992 to 1995, Ken Sembach was the Far Ultraviolet Spectroscopic Explorer (FUSE) Deputy Project Scientist for Large Science Programmes at the Johns Hopkins University. He was also a NASA Hubble Fellow at the Massachusetts Institute of Technology. Sembach received a B.A. in physics with honors in 1988 from the University of Chicago and a Ph.D. in astronomy in 1992 from the University of Wisconsin-Madison.

Ken Sembach is a UV spectroscopist. He has a longstanding scientific interest in the physical properties of the intergalactic medium, the interactions between galaxies, and the origin and evolution of the chemical elements over cosmic time. He has formulated and led several NASA concept studies for future space telescopes and enabling technologies, and served as the Chair of NASA's Cosmic Origins Program Analysis Group.

Antonella Nota, ESA HST Project Scientist at STScI, had the opportunity to sit down with Ken, who has been in the job for almost four months now, and ask him his first impressions about being at the helm of one of the most visible scientific institutions in the world.

You have been STScI Director for almost four months. Is it what you expected it to be or have you been surprised?

It is pretty much what I had expected. I had the opportunity to be the Interim Deputy Director for a few months, so I developed a reasonably good understanding of what this position requires. A couple of minor surprises though: people see me differently now that I am Director, so I have to remind myself at times that I have a different role than before. That takes some time to get used to. I am also a bit surprised by the time required to shape the future of space astronomy. I guess I shouldn't be — it's always been that way. But it does seem that there are so many competing interests that it is often difficult to agree on what to do. I'm hoping as Director that I can help pull the community and others together behind a common vision. It is actually a lot of fun and very exciting, but it takes a huge investment of time.

What do you think are the biggest challenges ahead?

We have a lot of work ahead of us. The biggest challenge for me as Director is to get ready for the James Webb Space Telescope. But also, Hubble is going to last longer than we expected. WFIRST is becoming real. We need to ensure that the astronomical community gets the maximum science out of these missions. As an institute, we have the challenges of any organisation that has grown: keeping our staff well informed, efficient, focused on the right priorities.

What do you look forward to every morning when you drive to work?

I very much look forward to working with the excellent staff here, and with all the people who are involved with our missions, at NASA and in the community. We have such a large team of talented people, motivated and proud of what they do. It is a privilege to work with them, and it is rewarding to know that I can contribute to make their work easier and more effective.

That has been such an integral part of the way we work. The fact that we have had this successful international partnership with ESA on Hubble for so long has also been the foundation of new collaborations: like Webb and possibly more missions in the future. ESA and Canadian Space Agency staff are tremendous — scientists and engineers who greatly contribute to all aspects of the missions. They are vital to what we do. They bring different perspectives for solving problems and they allow us to reach communities all over the world. That makes us all stronger and makes this place really unique.

What is your biggest fear?

My biggest fear is that the public someday might lose interest in what we do because of all the other challenges the world is facing — our challenge is to continue communicating the excitement of new discoveries and to continue to help people understand their place in the Universe, and ultimately themselves, better. Humanity is fascinated by space exploration, so our job is to continue to inspire, to describe and communicate our exploration of the Universe.

When you don’t spend time worrying about Hubble and James Webb, what do you like to do?

I spend a lot of time talking to Marguerite, my spouse of many years. We enjoy discussing everything — what she is working on, what I am working on. We really enjoy sharing quality time together. I also love gardening, and I am an avid wood worker. I sometimes think that if I were not an astronomer, I would probably be a furniture maker — hopefully a good one.

Would you like to share a message with the large community of Hubble users in Europe? I think it is just fantastic to have such a large community of Hubble users in Europe. They are using Hubble in very interesting ways. They are doing great, innovative science. I have been very pleased to see — in the years — the fraction of time that goes to European Hubble users. Keep doing the great science that keeps Hubble at the forefront of astronomy. And I look forward to seeing the same level of involvement and interest in Webb! 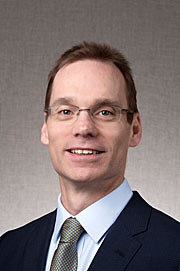