In December 2017, the Council of the European Space Agency appointed Günther Hasinger to become the new ESA Director for Science, and we are delighted to welcome him on board!

Born in Bavaria, Germany, Günther studied physics at the Ludwig-Maximilians-University in Munich, originally with the goal to become an audio engineer. However, inspired by classes from the astronomer Rudolf Kippenhahn, he became focused on astronomy, and in particular on X-ray astronomy, a field to which he greatly contributed. Günther was involved in EXOSAT, Ginga and the ROSAT satellites, and later in XMM-Newton and Chandra.

Günther brings to ESA many years of experience leading high profile and successful international scientific institutions, a great enthusiasm for enabling and communicating scientific discoveries, and a clear and ambitious scientific vision for ESA.

We stole some of his own words from his plenary presentation at EWASS 2018, where Günther discussed his assessment of the ESA Cosmic Vision Science program, the current status of space astronomy and his thoughts about the future:

“I am looking forward to fulfilling the role as Director for Science in the years to come. Not only is the ESA Cosmic Vision science program excellent, it is also in a unique position, defined by the scientific community and with an unparalleled long-term stability. New scientific discoveries are raining down on us — we live in a wonderful age for astrophysics, space science and international collaboration.

Just last year we discovered the interstellar object 1I ‘Oumuamua. The discovery received (and continues to receive) huge press coverage, to become the most visible scientific result of 2017/2018 — competing with the discovery of the kilonova event. Not only was 1I ‘Oumuamua an incredible success in the media and with the public, it also made excellent “dual use” of NASA, NEO, ESO and ESA operations! In the recent past, further discoveries regarding 1l ‘Oumuamua have extended this cooperation to ground-based telescopes worldwide, establishing a wonderful cooperation among institutions, observatories, and teams alike.

The discovery of the kilonova event was also a masterpiece in global cooperation and logistics — and ESA played an important role. ESA’s Integral was crucial to tie down the electromagnetic counterpart of the gravitational wave source, and the analysis of the kilonova showed us that we are not only stardust, but also neutron-star dust… as well as about 10% material from the Big Bang! ESA’s LISA mission will help us to find many more gravitational wave events in the future.

The discovery of the seven Earth-sized planets around the red dwarf star Trappist-1 in 2017 and the further analysis in 2018 of the atmospheres of some of these planets using the NASA/ESA Hubble Space Telescope was another incredible highlight of recent years. It stands out among results that show that the hunt for and analysis of exoplanets has a bright future. ESA’s planned missions — Cheops, Plato, James Webb and Ariel — will substantially add to our understanding of these planets, and find many more! After all, finding “Earth-2” is the Holy Grail of contemporary astrophysics and the search is an inspiration for many ambitious students.

These results, just a handful of examples from many, show that we have already seen an amazing start to the Cosmic Vision 2015-2025 program, and in the coming years my task will be to implement several of the upcoming Cosmic Vision missions, and maybe even see some of them fly. In parallel, we plan to start the next large strategic planning exercise for 2025-2050. My ambition is to strengthen science both through a portfolio of dedicated missions — large, medium and small — as well as through synergies with other activities. I want to achieve a moderate but important increase in the level of resources — about 20%. This would allow us to maximise the synergy between the LISA and the Athena mission, create a new medium-sized mission cooperation with NASA to Uranus and Neptune, start a line of flexible missions in sync with the medium missions to exploit a joint launch concept, and to create a new line of opportunities with special emphasis on novel implementations. Finally, this increase in resources would let us start the science and technology preparations for the next set of large and medium missions for Cosmic Vision 2050.”

Günther’s enthusiasm and scientific vision arrive at a time in our society where scientists and the public alike long for positive news and uplifting thoughts. The cosmos has always provided the inspiration to look beyond our limited existence on planet earth and think big, push the frontiers of our knowledge, make discoveries, explore further. Günther is well poised to lead us on that journey. We wish Günther the best of luck in his new endeavour — his success will be our collective success and a great advancement for science for all! 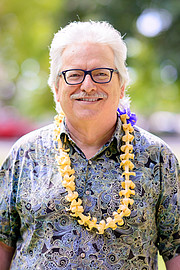