The selection of the Hubble Cycle 29 Science Program

-By Antonella Nota and Laura Watkins -

After 31 years in orbit, the yearly selection of the scientific program for Hubble has almost become routine. Year after year, this fine-tuned process runs its course, involving a large cross section of the astronomical community, including significant European representation. When the COVID pandemic struck, the challenge was set — would it be possible to carry out this rigorous process during the pandemic, as people transitioned to working from home, travel was not possible, and the only interactions were virtual?

Yes was the only option. The JWST and HST Cycle 28 Time Allocation reviews were completely virtual too, and now so is Cycle 29. With a lot of planning, they were  all carried out smoothly, thanks to the commitment, dedication  and collaborative spirit of all community representatives involved and the STScI staff.

We personally asked the European Chairs and at-large members what their takeaway from the virtual experience was; the outcome was mixed. Some liked not having to travel. They felt that it was the preferred choice in terms of sustainability, and they liked the idea of having extra hours in the day to take care of their other duties, or their families (the panels met with a reduced schedule to allow for different time zones). On the other hand, some missed the personal interactions, the science conversations over breakfast and dinner and simply reconnecting with their colleagues and friends.

They all agreed, however, that the process had been fully rigorous and, once again, the Dual Anonymous  Review had allowed them to focus solely on the science. In unison, they all added that Dual Anonymous Reviews are the way of the future, and they wished the system could be universally adopted.

They also agreed that the proposals were of extremely high quality, presenting clever ideas and compelling science. The panels evaluated the 1129 proposals received before the deadline, requesting a total of 22 067 orbits. The proposals included investigators from 46 countries.

The panels provided their recommendations to the Director, who approved 180 proposals totalling 2695 awarded orbits, which will start executing at the beginning of Cycle 29 in October. As expected, Principal Investigators from ESA member countries once again did really well, leading 24% of the accepted Cycle 29 programmes. Other numbers of interest are that the oversubscription in Cycle 29 was 1/7.4 for proposals, WFC3 was the big winner (~ 35%), and overall 32% of the Principal Investigators were first-timers, indicating that a new generation of Hubble observers was ushered in at this cycle.

Well done everybody. We wish you all great data and amazing discoveries. And for all those  clever ideas that have not seen the light of day yet, the Cycle 30 deadline is just around the corner: the Cycle 30 Call for Proposals will be released in early January 2022 and we anticipate that the  Phase I deadline will be Friday 25 March 2022. Get ready! 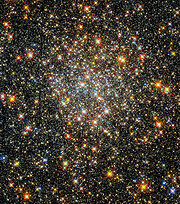