The Hubble Space Telescope at the Ireland National Science Week 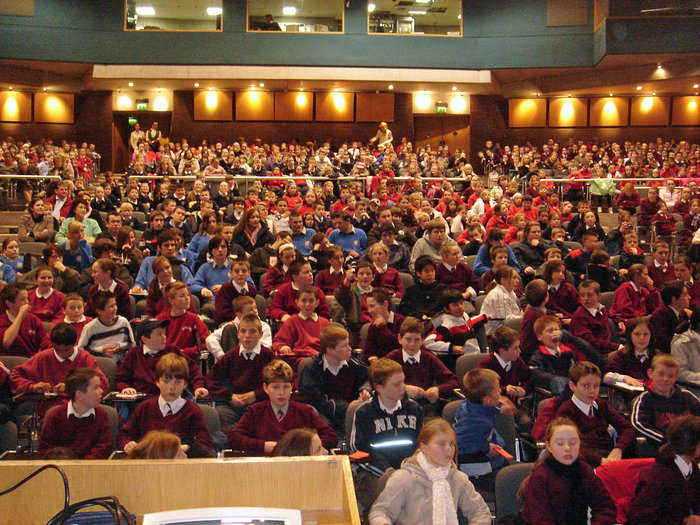 ESA/Hubble has joined the Northern Ireland Space Office (NISO) in a partnership that will bring physics and astronomy closer to Northern Ireland, and in particular, to the children of the community. Both institutions will also cooperate closely to raise science awareness in other areas of the region.

On November 14th 2006, as part of the National Science Week in Ireland, the Armagh Planetarium, NISO and Space Connections, in collaboration with the University of Limerick, gave four presentations entitled "Time Travel with the Hubble Space Telescope".

All four lectures, given by Robert Hill, were completely booked out by teachers and pupils from local primary and secondary schools. The last show of the day was held at the University of Limerick Concert Hall in front of nine hundred and fifty schoolchildren and teachers. There was tremendous feedback from the presentations, showing that there is confidence and genuine interest in the Hubble Space Telescope.

The local Astronomy Society prepared an exhibit in the Atrium area at the university's Foundation Building to coincide with the talks. This was an opportunity for children to get their hands on some real telescopes and enhance their understanding of our Universe.

ESA/Hubble and NISO are also collaborating on a permanent exhibit at the Armagh Planetarium and on creating 3D stereographic shows about the NASA/ESA Hubble Space Telescope to be shown at various venues across Northern Ireland.