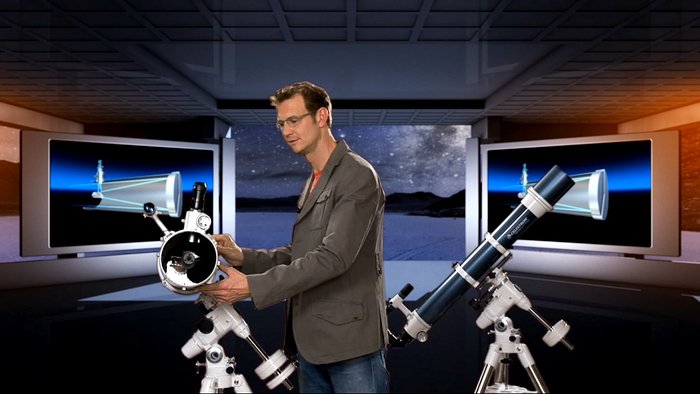 In this new Hubblecast Special episode, Dr. J guides us through the second chapter of Eyes on the Skies, the International Astronomical Union's official movie celebrating the telescope's 400th anniversary in 2009.

The Eyes on the Skies movie will be released during the autumn and winter of 2008 (further information is available via the links below) and will explore the many facets of the telescope – the historical development, the scientific importance, the technological breakthroughs, and also the people behind this ground-breaking invention, their triumphs and their failures.

In their quest for ever-fainter objects and finer detail, astronomers have always demanded bigger telescopes. Scientific vision, technical nerve and personal perseverance led to the giant observatories of the early 20th century. Located on remote peaks and protected beneath majestic domes, these awe-inspiring instruments have revealed an expanding and evolving Universe, populated by a stunning variety of galaxies and nuclear powered stars that produced the elements in our bodies. A few decades ago the five metre Hale Telescope on Palomar Mountain seemed to be the ultimate telescope. But was it?