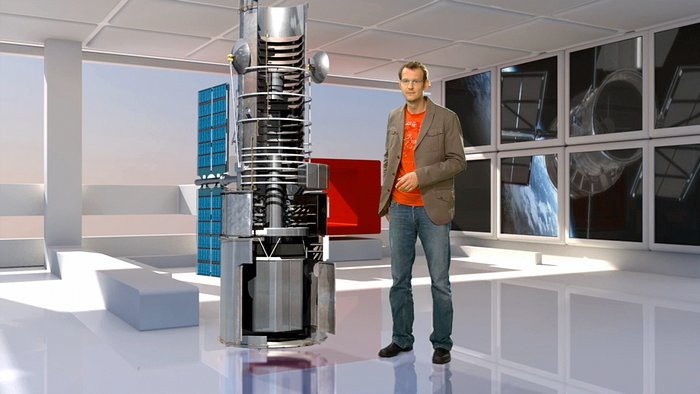 In this new Hubblecast Special episode, Dr. J guides us through the sixth chapter of Eyes on the Skies, the International Astronomical Union's movie celebrating the telescope's 400th anniversary in 2009.

The Eyes on the Skies movie explores the many facets of the telescope — the historical development, the scientific importance, the technological breakthroughs, and also the people behind this ground-breaking invention, their triumphs and their failures.

There's no better place for a telescope than space itself. Above the Earth's atmosphere observations are no longer hampered by air turbulence, so telescopic images of distant stars and galaxies are razor-sharp. Unlike a ground-based telescope, an instrument in Earth orbit can operate twenty-four hours a day and reach every part of the sky. Observing from space also makes it possible to study types of radiation that are otherwise absorbed by the atmosphere. Little wonder that the Hubble Space Telescope has made so many contributions to astronomy. And Hubble is not alone — more than 100 space observatories have been launched since the 1960s.