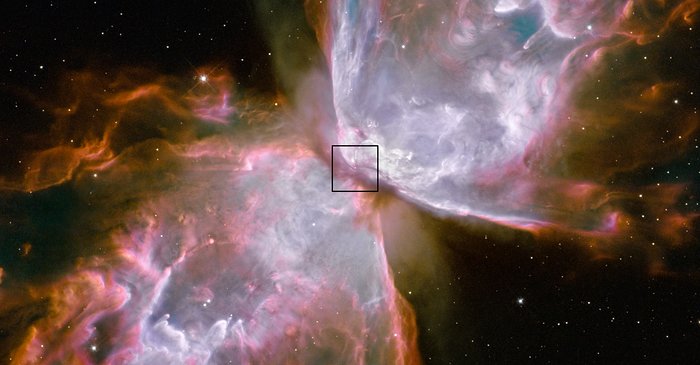 An elusive, very hot star at the centre of one of the most well-known and spectacular planetary nebulae has been directly detected. Using the brand-new Wide Field Camera 3 (WFC3) in six narrow band filters, researchers from the European Southern Observatory, the University of Manchester and CSIC (Granada, Spain) have located and partially characterized the dying star.

Astronomers estimate that the star, which began its life as few times more massive then the Sun, is now is a little over half the mass of the Sun. After it expelled its outer envelope some 2200 years ago, the star now has an extremely high temperature, anywhere from 200 000 K to 400 000 K — one of the hottest ever detected. It is fading very rapidly and will cool down very slowly to a small and cold white dwarf.

The Bug Nebula (also known as the Butterfly Nebula), or NGC 6302, was one of Hubble's first targets after the observatory was rejuvenated in May 2009.