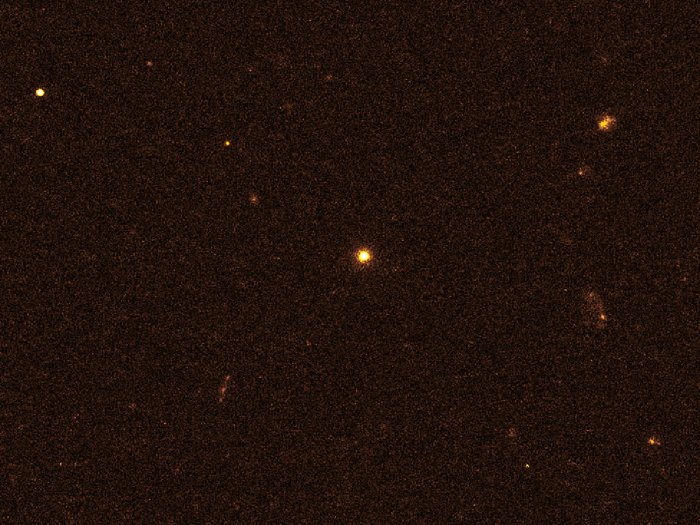 The NASA/ESA Hubble Space Telescope has pinpointed the source of one of the most puzzling blast of high-energy radiation ever observed. It is at the very center of a small, distant galaxy.

The galaxy appears as a bright blob at the centre of the Hubble picture.

Astronomers say it is likely that a supermassive black hole at the core of the galaxy has gravitationally torn apart and swallowed a bypassing star. As the star’s gas falls onto the black hole, X-ray and gamma radiation is ejected along a narrow beam towards Earth.

If confirmed, this would be the first time this phenomenon has been observed.

NASA, ESA and A. Fruchter (STScI)