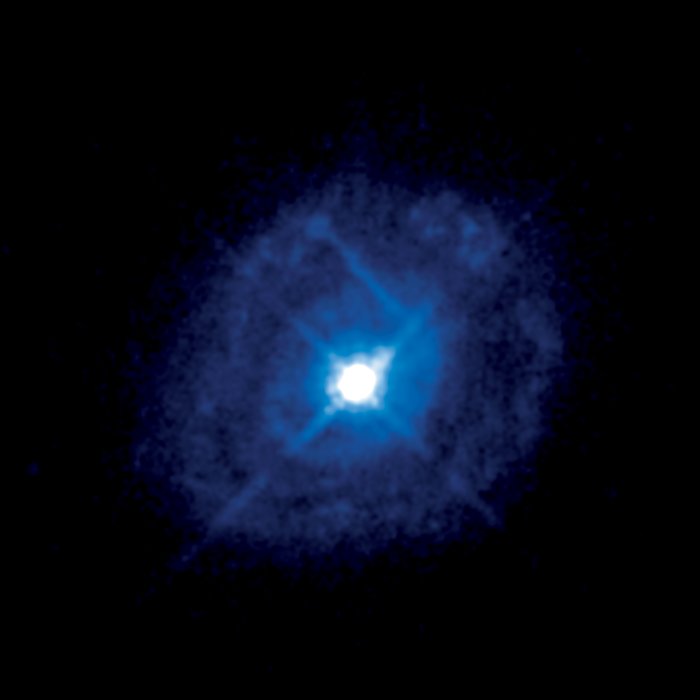 This image from the NASA/ESA Hubble Space Telescope shows the galaxy Markarian 509. The bright object at the centre of the galaxy, which appears like a star, is an active galactic nucleus. This is a bright celestial phenomenon caused by matter glowing as it falls into a supermassive black hole at the heart of the galaxy.

The surroundings of the black hole in Markarian 509 have been studied in a major campaign which includes the NASA/ESA Hubble Space Telescope, as well as other telescopes in space and on the ground.