Hubble papers published over the years 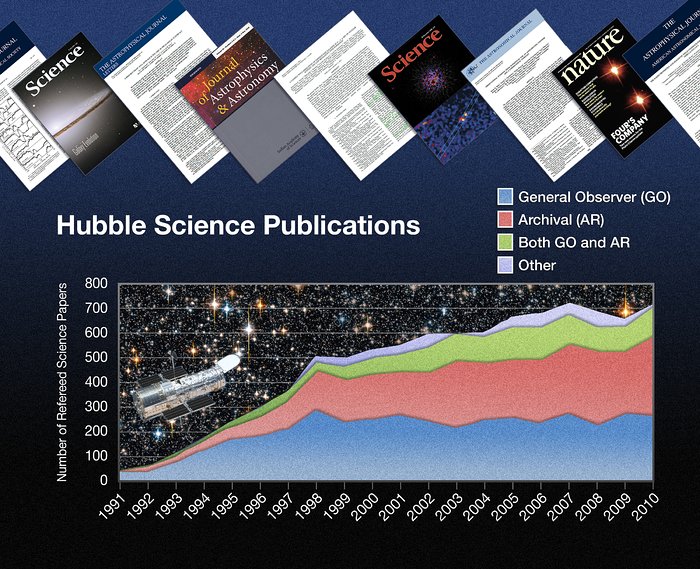 This graph shows how the number of published scientific papers based on Hubble data has risen over the years. Hubble is a valuable tool for astronomers, not only for carrying out new observations, but also because of its huge archive of publicly available data from previous years of observations.

This graph shows how the number of papers published every year using new data (“general observer” or “GO”) and archival data (“AR”) a combination (“Both GO and AR”) has varied over the years. As Hubble’s library of observations has grown, its importance as a scientific resource has increased, meaning archival observations now contribute to a majority of Hubble papers.