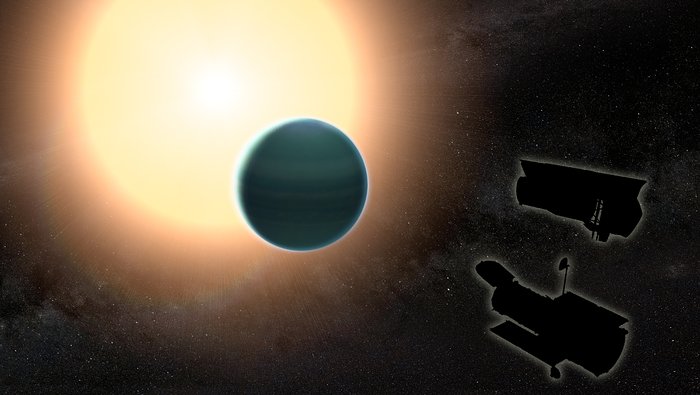 The atmosphere of the distant warm Neptune HAT-P-26b, illustrated here in an artist’s impression, is unexpectedly primitive, composed primarily of hydrogen and helium. By combining observations from the NASA/ESA Hubble Space Telescope and and the NASA Spitzer space telescopes, researchers determined that, unlike Neptune and Uranus, the exoplanet has relatively low metallicity, an indication of how rich the planet is in all elements heavier than hydrogen and helium.