Panel of multi-wavelength and composite images of NGC 1512 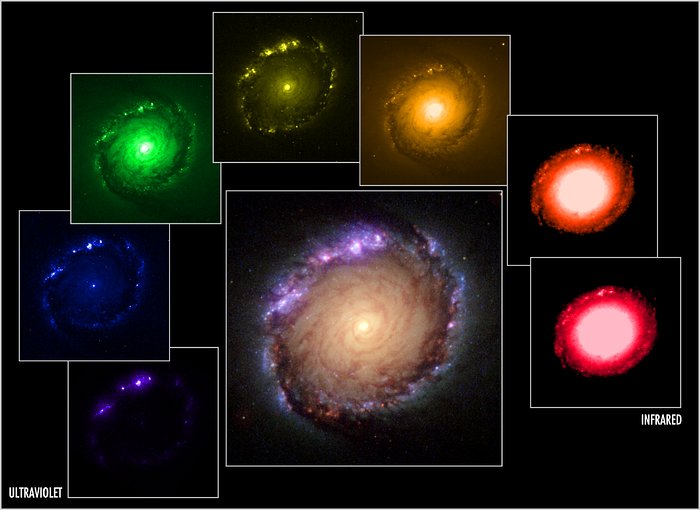 Astronomers have used this set of single-colour images, shown around the edge, to construct the colour picture (centre) of a ring of star clusters surrounding the core of the galaxy NGC 1512. These pictures were taken by the NASA/ESA Hubble Space Telescope's Faint Object Camera (FOC), Wide Field and Planetary Camera 2 (WFPC2), and the Near Infrared Camera and Multi-Object Spectrometer (NICMOS).

Each image represents a specific colour or wavelength region of the spectrum, from ultraviolet to near infrared, and shows the wide wavelength region covered by Hubble. Celestial bodies emit light at a variety of wavelengths, anywhere from gamma rays to radio waves. Astronomers chose to study NGC 1512 in these colours to emphasise important details in the ring of young star clusters surrounding the core.

This image is issued jointly by NASA and ESA.