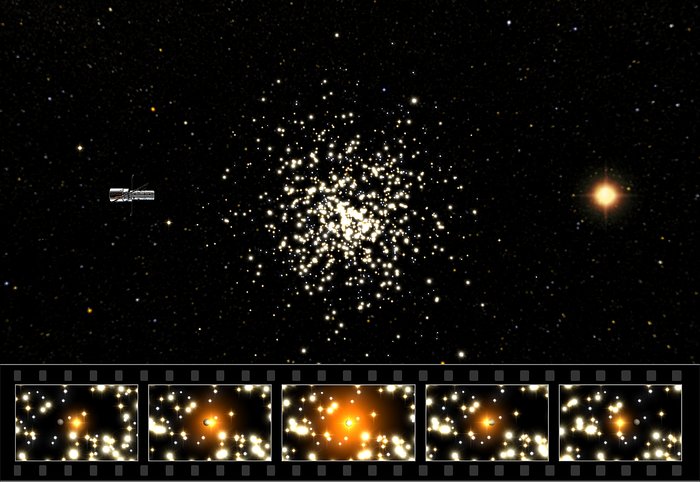 This schematic illustration shows how the NASA/ESA Hubble Space Telescope observes microlensing events in the globular cluster M22. Hubble (to the left) observes a faint background star in the Milky Way bulge (shown to the right) through the myriad stars of M22. In the 'film strip', shown below, a possible 'free-floating' planet-sized object in M22 passes in front of the red background star and briefly magnifies its light. Note that the distances and sizes in this artist's rendering have been exaggerated for the sake of clarity. Also worth noting is that in the six actual Hubble observations the planet-sized objects were not visible in themselves, but only revealed their presence through their gravitational focussing of the light from the background stars. In each of the six microlensing events only one Hubble observation 'sampled' the brightening of the star (frame 3 in this sequence). This means that the estimate for the mass of the planet-sized object will 'only' be an upper estimate (of 80 Earth-masses).