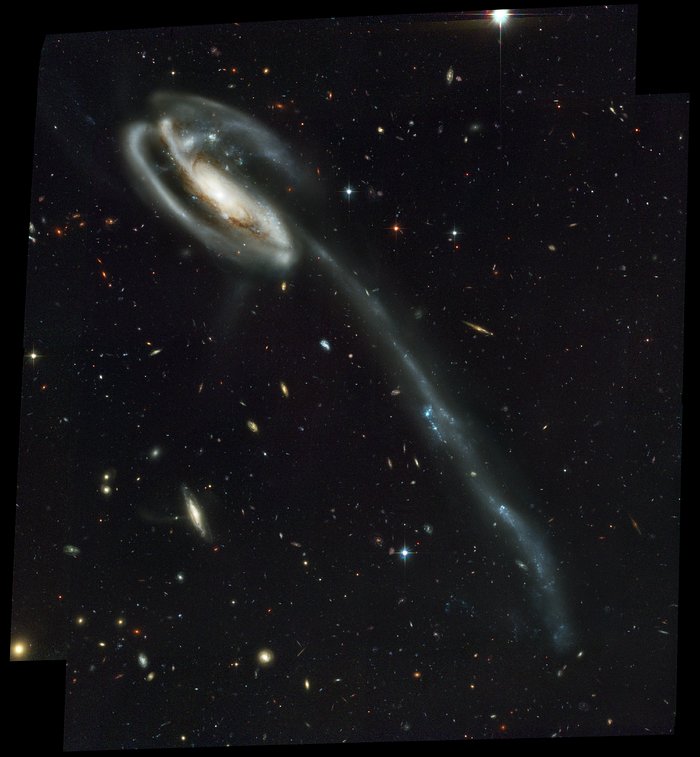 A colliding galaxy dubbed the "Tadpole" (catalog name UGC10214) is set against a rich tapestry of 6,000 galaxies. The Tadpole, with its long tail of stars, looks like a runaway pinwheel firework, unlike the textbook images of stately spiral galaxies. Its distorted shape was caused by a small interloper, a very blue, compact galaxy visible near the more massive Tadpole. The Tadpole resides about 420 million light-years away in the constellation Draco. Seen shining through the Tadpole's disk, the tiny intruder is likely a hit-and-run galaxy that is now leaving the scene of the accident. Strong gravitational forces from the interaction created the long tail of debris, consisting of stars and gas that stretch out more than 280,000 light-years.