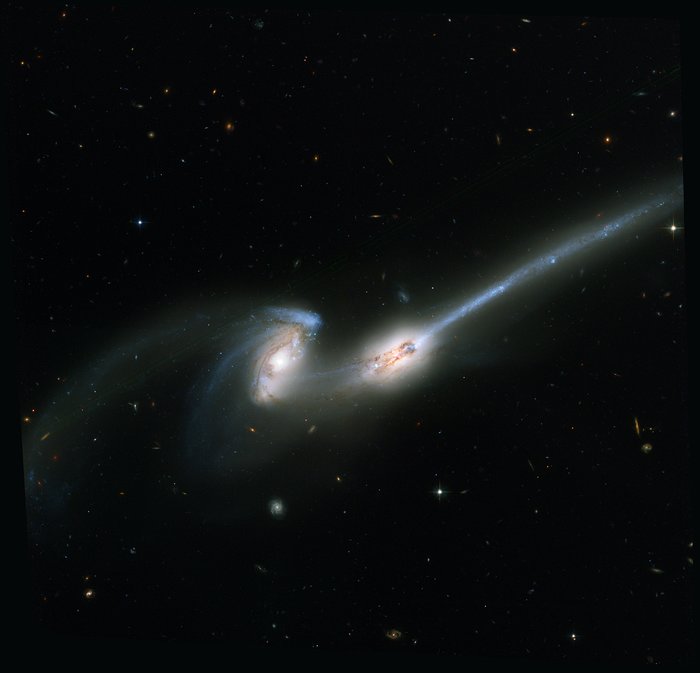 NASA's Hubble Space Telescope, has captured a spectacular pair of galaxies engaged in a celestial dance of cat and mouse or, in this case, mouse and mouse. Located 300 million light-years away in the constellation Coma Berenices, the colliding galaxies have been nicknamed "The Mice" because of the long tails of stars and gas emanating from each galaxy. Otherwise known as NGC 4676, the pair will eventually merge into a single giant galaxy. The Hubble image shows the most detail and the most stars that have ever been seen in these galaxies. In one galaxy a bright blue patch is resolved into a vigorous cascade of clusters and associations of young, hot blue stars, whose formation has been triggered by the tidal forces of the gravitational interaction. Streams of material can also be seen flowing between the two galaxies.