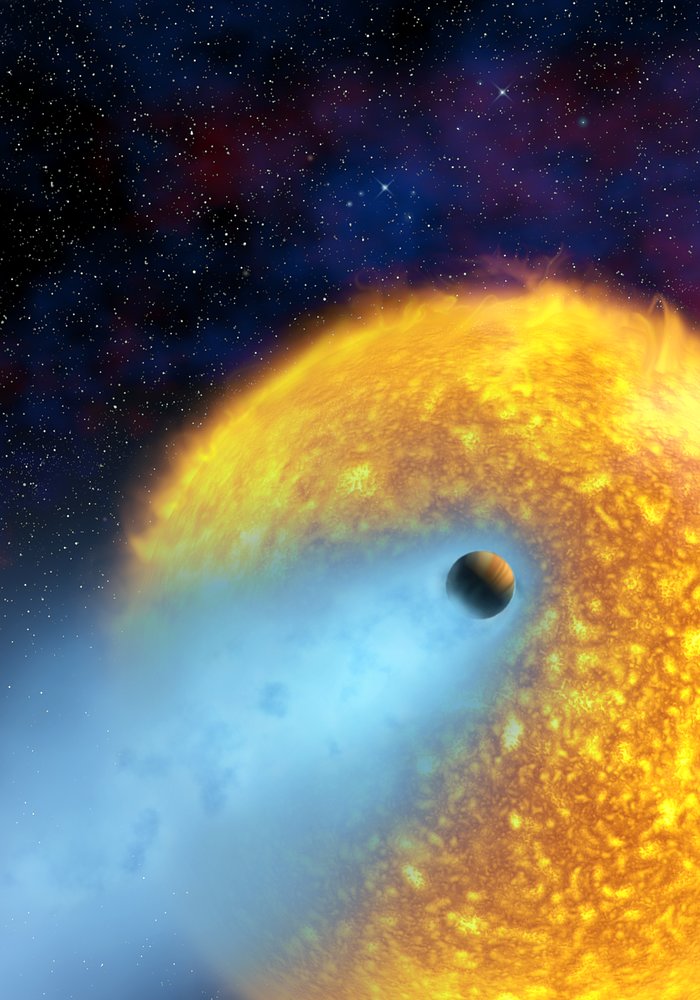 Astronomers using the Hubble Space Telescope have made the first direct detection of the atmosphere of a planet orbiting a star outside our solar system. Their unique observations demonstrate that it is possible with Hubble and other telescopes to measure the chemical makeup of alien planet atmospheres and to potentially search for the chemical markers of life beyond Earth. The planet orbits a yellow, Sun-like star called HD 209458, located 150 light-years away in the constellation Pegasus.

This artist's impression shows a dramatic close-up of the scorched extrasolar planet HD 209458b in its orbit 'only' 7 million kilometres from its yellow Sun-like star. The planet is a type of extrasolar planet known as a 'hot Jupiter'. Using the NASA/ESA Hubble Space Telescope, for the first time, astronomers have observed the atmosphere of an extrasolar planet evaporating off into space (shown in blue in this illustration). Much of this planet may eventually disappear, leaving only a dense core. Astronomers estimate the amount of hydrogen gas escaping HD 209458b to be at least 10 000 tonnes per second, but possibly much more. The planet may therefore already have lost quite a lot of its mass.