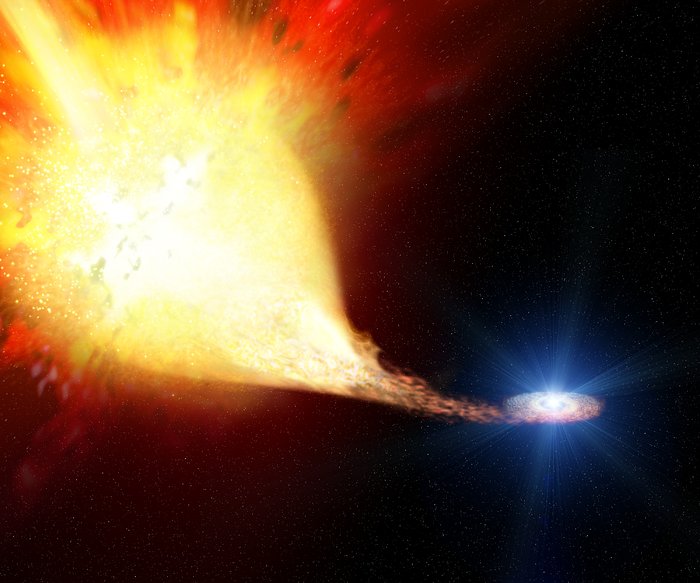 New observations with the Hubble Space Telescope allow a look into a supernova explosion under development. In this artist's view the red supergiant supernova progenitor star (left) is exploding after having transferred about 10 solar masses of hydrogen gas to the blue companion star (right). This interaction process happened over about 250 years and affected the supernova explosion to such an extent that SN 1993J was later known as one of the most peculiar supernovae ever seen.