The site of the Supernova 1993J explosion (composite) 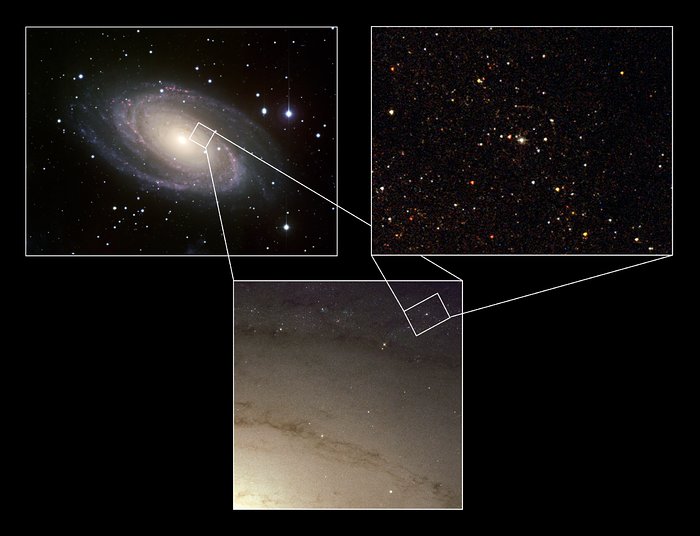 A virtual journey into one of the spiral arms of the grand spiral Messier 81 (imaged with the Isaac Newton Telescope on La Palma, left) reveals the superb razor-sharp imaging power of the NASA/ESA Hubble Space Telescope (Hubble's WFPC2 instrument, below). The close-up (with Hubble's ACS, to the right) is centred on the newly discovered companion star to Supernova 1993J that itself is no longer visible. The quarter-circle around the supernova companion is a so-called light echo originating from sheets of dust in the galaxy reflecting light from the original supernova explosion.