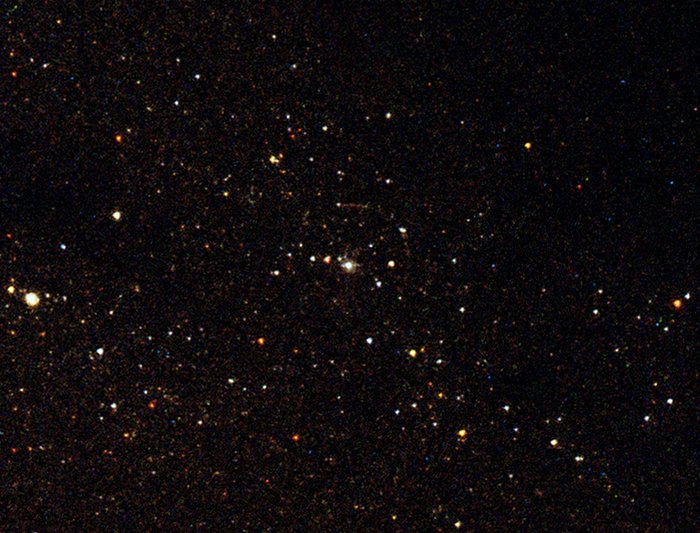 This NASA/ESA Hubble Space Telescope image shows the area in Messier 81 where Supernova 1993J exploded. The companion to the supernova "mother star" that remains after the explosion is seen in the centre of the image.

The quarter-circle around the supernova companion is a so-called light echo originating from sheets of dust in the galaxy reflecting light from the original supernova explosion. The timing of the appearance of these echoes can be used to map out the dust structure around the supernova. The light echo was detected in late 2002 and early 2003 by two competing groups of scientists.