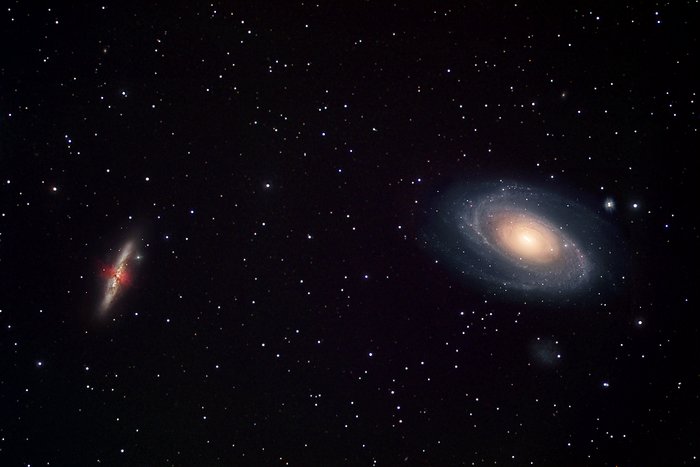 This wide-angle image taken by astrophotographer Robert Gendler shows the amazing duo of Messier 81 (right) and Messier 82 (left). These two mighty galaxies in the Plough (Ursa Major) belong to some of the most famous and beloved galaxies known to amateur astronomers. This may be one of the reasons that Supernova 1993J was discovered by the Spanish amateur astronomer Francisco Garcia Diaz and not a professional astronomer.

The violent star-forming activity in the neighbouring Messier 82 gives rise to a strong galactic wind that is spewing knotty filaments of hydrogen and nitrogen gas (seen in red) out of its centre.