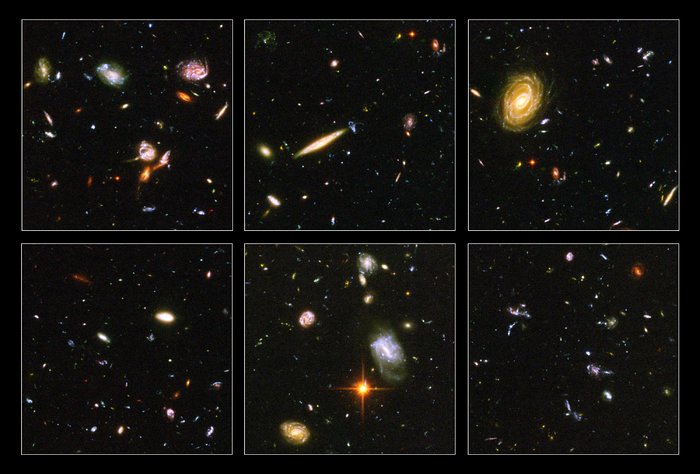 A galactic brawl. A close encounter with a spiral galaxy. Blue wisps of galaxies. These close-up snapshots of galaxies in the Hubble Ultra Deep Field reveal the drama of galactic life.

Almost every panel shows oddball-shaped galaxies engaged in boxing matches with galactic neighbours. In the panel at top, left, three galaxies just below centre are enmeshed in battle, their shapes distorted by the brutal encounter. The panel at top, centre reveals an edge-on spiral galaxy fending off a weirdly shaped blue galaxy. The panel at bottom, right, is littered with close encounters between galaxies that have been shredded by the interactions. These oddball galaxies chronicle a period when the universe was younger and more chaotic. Order and structure were just beginning to emerge.

The galaxies in these panels were plucked from a harvest of nearly 10,000 galaxies in the Ultra Deep Field, the deepest visible-light image of the cosmos.