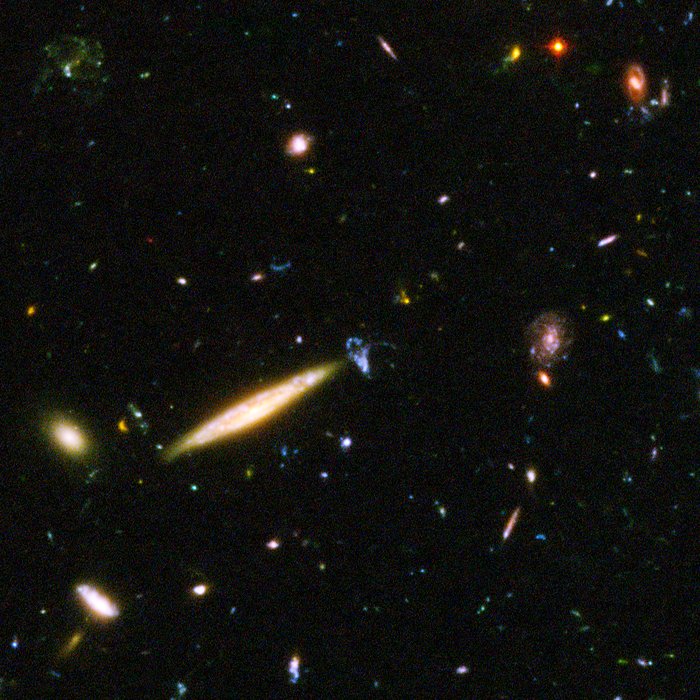 A galactic brawl. A close encounter with a spiral galaxy. Blue wisps of galaxies. These close-up snapshots of galaxies in the Hubble Ultra Deep Field reveal the drama of galactic life. Here an edge-on spiral galaxy fending off a weirdly shaped blue galaxy. .