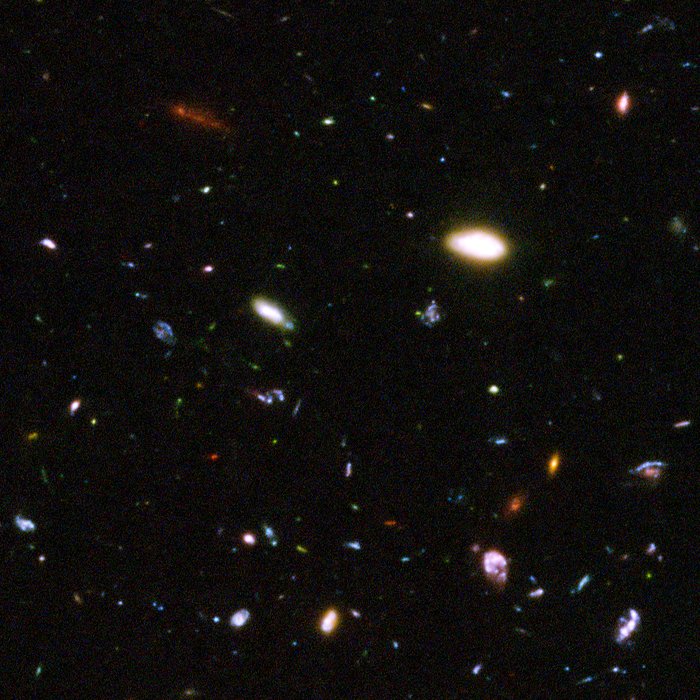 A galactic brawl. A close encounter with a spiral galaxy. Blue wisps of galaxies. These close-up snapshots of galaxies in the Hubble Ultra Deep Field reveal the drama of galactic life. Here close encounters between galaxies that have been shredded by the interactions are seen. These oddball galaxies chronicle a period when the universe was younger and more chaotic. Order and structure were just beginning to emerge.