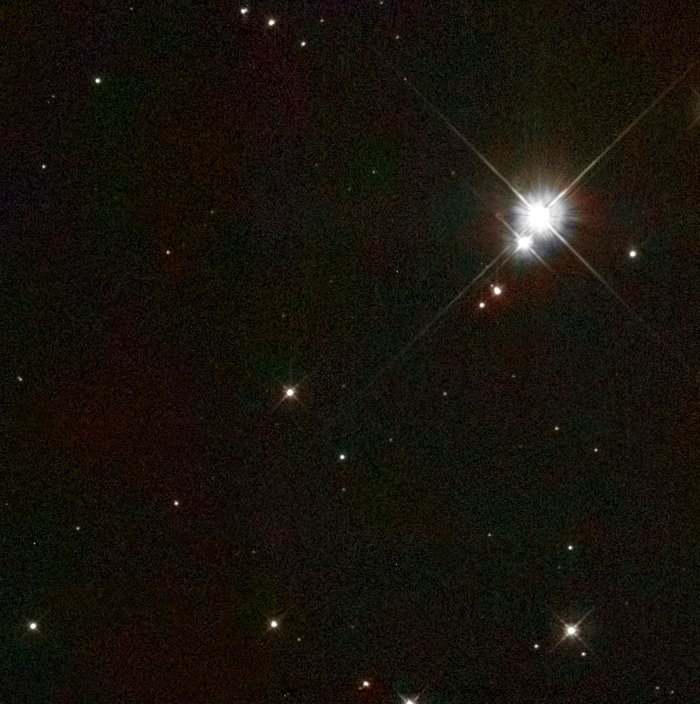 A Hubble Space Telescope Wide Field Planetary Camera 2 image of a small section of sky containing a suspected runaway companion star to a titanic supernova explosion witnessed in the year 1572 by the great Danish astronomer Tycho Brahe. The star is like our Sun except several billion years older. It is moving through space at three times the speed of the other stars in its neighbourhood. Hubble's sharp view allowed for a measurement of the star's motion, based on images taken in 1999 and 2003. The image consists of a single greyscale Hubble exposure colorized with the help of data from Digitized Sky Survey 2.

Notes: Data from DSS2 was used to colour this HST image.