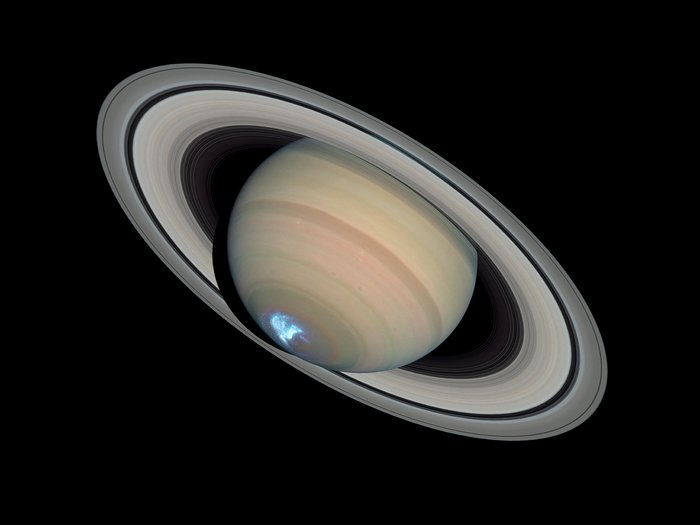 This is a single image from a sequence of three aurora images.

Astronomers combined ultraviolet images of Saturn's southern polar region with visible-light images of the planet and its rings to make this picture. The auroral display appears blue because of the glow of ultraviolet light. In reality, the aurora would appear red to an observer at Saturn because of the presence of glowing hydrogen in the atmosphere. On Earth, charged particles from the Sun collide with nitrogen and oxygen in the upper atmosphere, creating auroral displays colored mostly green and blue.

The ultraviolet image was taken on Jan. 26, 2004 by Hubble's Space Telescope Imaging Spectrograph. Erich Karkoschka of the University of Arizona, USA used the telescope's Advanced Camera for Surveys on March 22, 2004 to take the visible-light image.