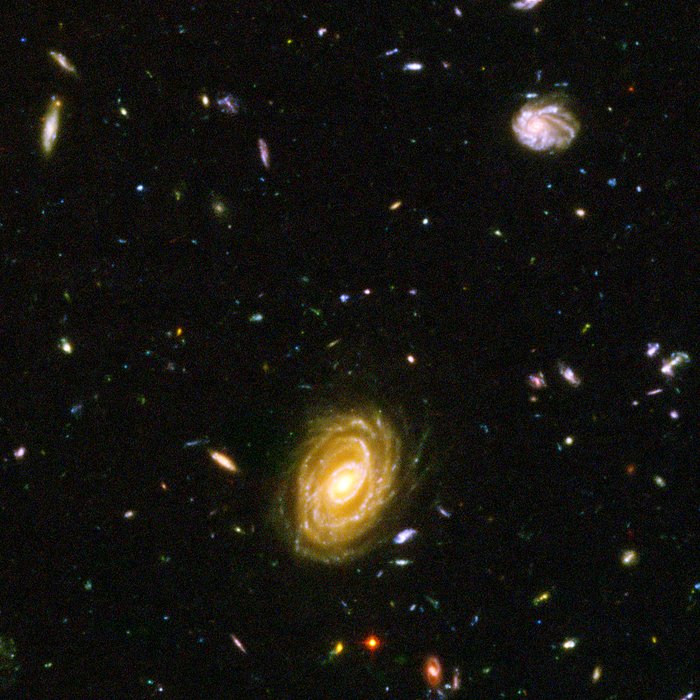 A blow-up of one small area of the HUDF is used to identify where the distant galaxy is located. This indicates that the galaxy's visible light has been absorbed by traveling billions of light-years through intervening hydrogen.