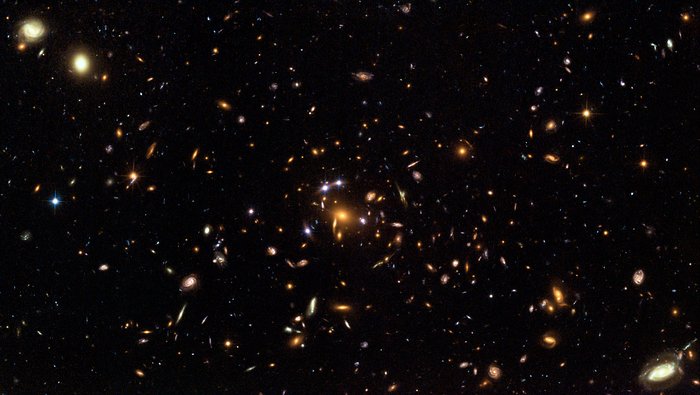 This full-size Hubble image shows galaxy cluster SDSS J1004+4112 that was discovered as part of the Sloan Digital Sky Survey. It is one of the more distant clusters known (seven billion light-years, redshift z=0.68), and is seen when the Universe was half its present age. The image is the first-ever picture of a single distant quasar lensed into five images and also shows a rich abundance of banana-like arcs from lends background galaxies and even a supernova. Four of the five quasar images are seen as star-like images surrounding the centre of the cluster. The fifth quasar image is embedded to the right of the core of the central galaxy in the cluster.