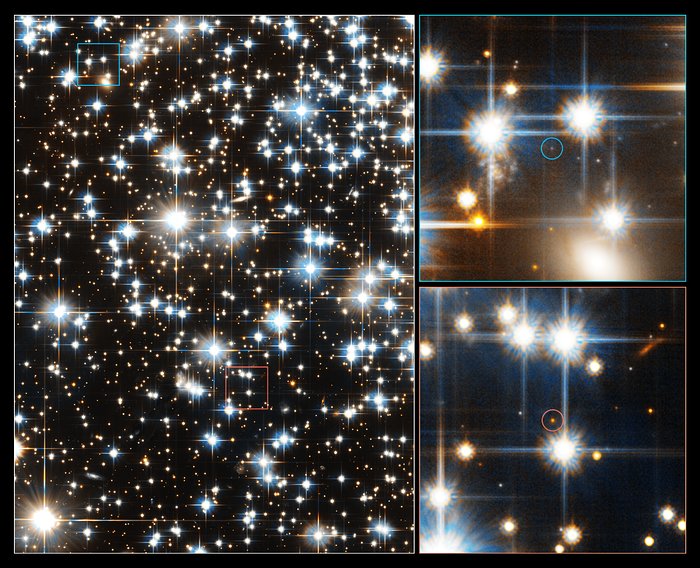 Looking like glittering jewels, the stars in this Hubble Space Telescope image at left are part of the ancient globular star cluster NGC 6397. Scattered among these brilliant stars are extremely faint stars. Hubble's Advanced Camera for Surveys has taken a census of the cluster stars, uncovering the faintest stars ever seen in a globular cluster. Globular clusters are spherical concentrations of hundreds of thousands of old stars.

The image at lower right shows the faintest red dwarf star (the red dot within the red circle) spied by Hubble.

The image at upper right pinpoints one of the dim white dwarfs (the blue dot within the blue circle) seen by Hubble. The white dwarf has been cooling for billions of years. It is so cool that instead of looking red, it has undergone a chemical change in its atmosphere that makes it appear blue.

The images were taken with visual and red filters. NGC 6397, one of the closest globular clusters to Earth, is 8,500 light-years away in the southern constellation Ara.

The data for these images were obtained in March and April 2005.