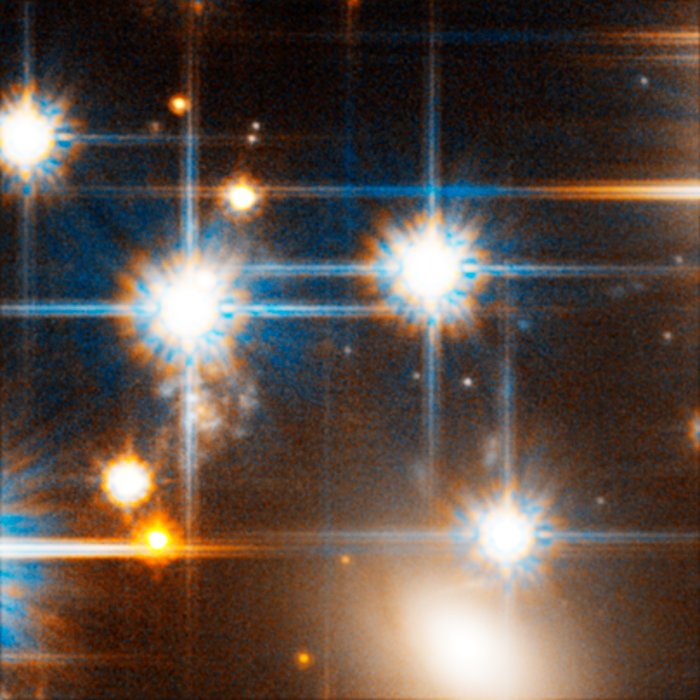 The image pinpoints one of the dim white dwarfs seen by Hubble (in the centre of the image, between the two brighter stars). The white dwarf has been cooling for billions of years. It is so cool that instead of looking red, it has undergone a chemical change in its atmosphere that makes it appear blue.