Cassiopeia A - The colourful aftermath of a violent stellar death 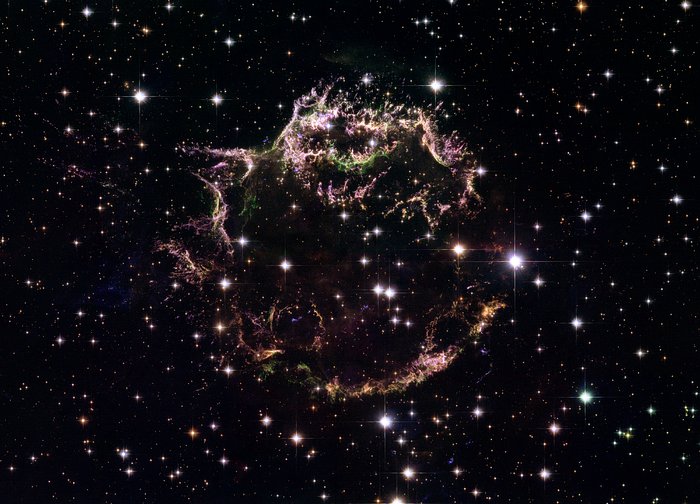 A new image taken with the NASA/ESA Hubble Space Telescope provides a detailed look at the tattered remains of a supernova explosion known as Cassiopeia A (Cas A). It is the youngest known remnant from a supernova explosion in the Milky Way. The new Hubble image shows the complex and intricate structure of the star's shattered fragments.