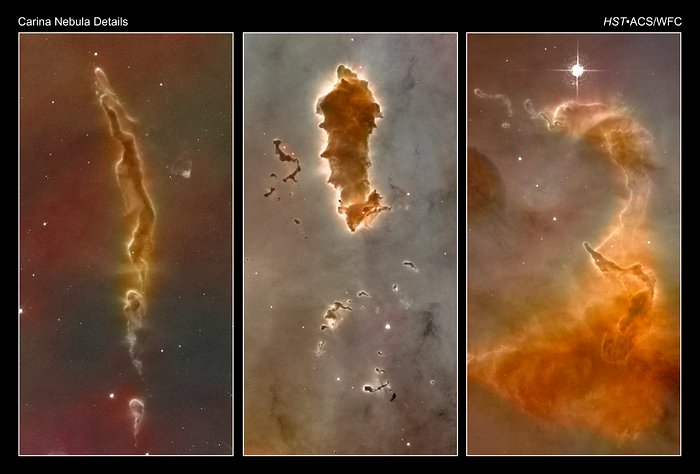 A series of so-called Bok globules from a mosaic of the Carina Nebula assembled from 48 frames taken with the Hubble Space Telescope's Advanced Camera for Surveys. The island-like clumps of dark clouds scattered across the nebula are nodules of dust and gas that have so far resisted being eaten away by photoionisation.

One globule nicknamed the "caterpillar" is shown in the central image. Its glowing edge indicates that it is being photoionized by the hottest stars in the cluster. It has been hypothesized that stars may form inside such dusty cocoons.

The Hubble images were taken in the light of ionized hydrogen. Colour information was added with data taken at the Cerro Tololo Inter-American Observatory in Chile. Red corresponds to sulphur, green to hydrogen, and blue to oxygen emission.