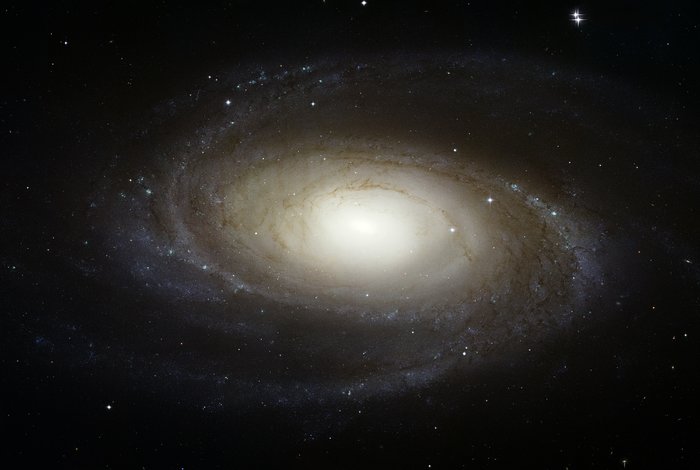 The sharpest image ever taken of the large "grand design" spiral galaxy M81 is being released today at the American Astronomical Society Meeting in Honolulu, Hawaii.
A spiral-shaped system of stars, dust, and gas clouds, the galaxy's arms wind all the way down into the nucleus. Though the galaxy is located 11.6 million light-years away, the Hubble Space Telescope's view is so sharp that it can resolve individual stars, along with open star clusters, globular star clusters, and even glowing regions of fluorescent gas. The Hubble data was taken with the Advanced Camera for Surveys in 2004 through 2006. This colour composite was assembled from images taken in blue, visible, and infrared light.