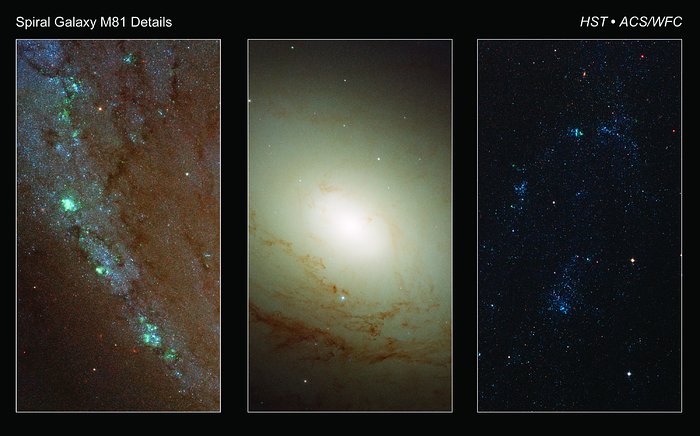 [Left] A string of star-forming regions show along a spiral arm, their glowing hydrogen gas appears green in color. A denser concentration of dust is visible along the arms.

[Middle] The inner bulge and nucleus of M81 is relatively structure free, except for fine dust lanes that wind into the center. Several whitish-colored concentrations of stars, known as globular clusters are easily visible.

[Right] Interspersed within the active spiral arms are areas of new star formation. Here, associations of hot blue stars have formed. These massive stars' lifetimes are relatively short compared to the overall age of the galaxy. Their existence and inevitable death will help to enrich the surrounding area with heavier elements which will in turn make more robust, longer-living stars.