The Sky in Google Earth 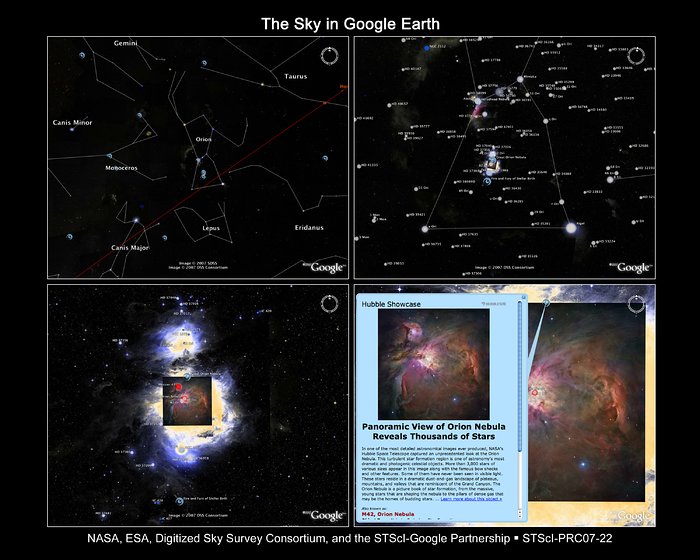 This series of screen captures shows the capabilities of the Sky in Google Earth software that allows users to peruse stars and constellations and even find their favorite Hubble Space Telescope pictures.

[Upper left] This is a wide view of the winter constellations, with Orion the hunter in the center.
[Upper right] A zoom into Orion's belt reveals the catalog names of individual stars from Backyard Astronomy.
[Lower left]By zooming into the Orion Nebula, a popular target for amateur astronomers, visitors eventually see a Hubble Space Telescope photo of Orion.
[Lower right] By clicking on the photo, users get a detailed description of the Orion Nebula, as provided by the Space Telescope Science Institute in the Hubble Showcase.

As many as 125 Hubble Space Telescope images can be viewed in the Sky in Google Earth database.