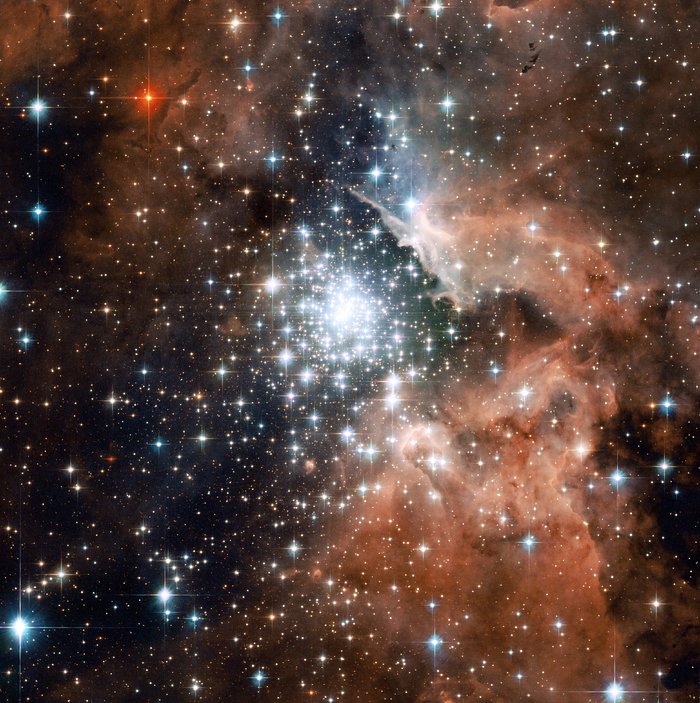 The star-forming region NGC 3603 - seen here in the latest Hubble Space Telescope image - contains one of the most impressive massive young star clusters in the Milky Way. Bathed in gas and dust the cluster formed in a huge rush of star formation thought to have occurred around a million years ago. The hot blue stars at the core are responsible for carving out a huge cavity in the gas seen to the right of the star cluster in NGC 3603's centre.