Galaxy NGC 2397 with an explosive secret 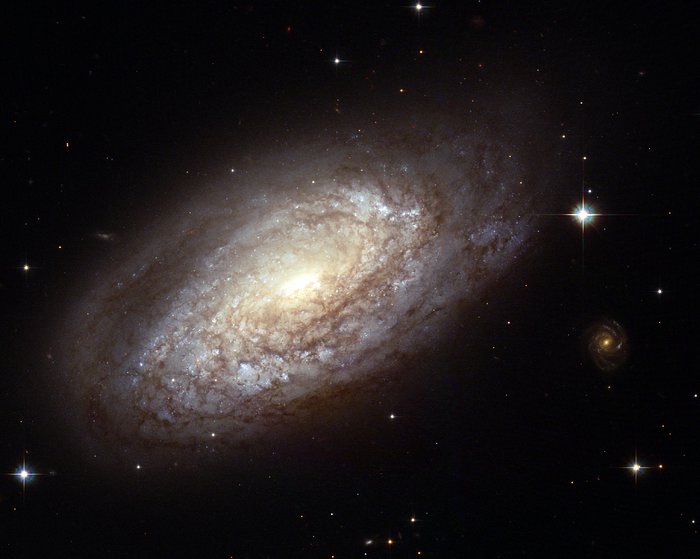 NGC 2397, pictured in this image from Hubble, is a classic spiral galaxy with long prominent dust lanes along the edges of its arms, seen as dark patches and streaks silhouetted against the starlight. Hubble's exquisite resolution allows the study of individual stars in nearby galaxies.

Located nearly 60 million light-years away from Earth, the galaxy NGC 2397 is typical of most spirals, with mostly older, yellow and red stars in its central portion, while star formation continues in the outer, bluer spiral arms. The brightest of these young, blue stars can be seen individually in this high resolution view from the Hubble's Advanced Camera for Surveys (ACS).