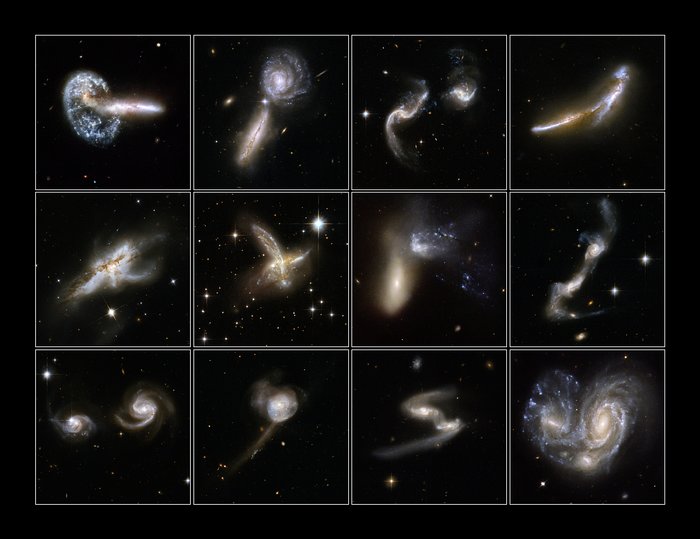 Interacting galaxies are found throughout the Universe, sometimes as dramatic collisions that trigger bursts of star formation, on other occasions as stealthy mergers that result in new galaxies. A series of 59 new images of colliding galaxies has been released from the several terabytes of archived raw images from the NASA/ESA Hubble Space Telescope to mark the 18th anniversary of the telescope's launch. This is the largest collection of Hubble images ever released to the public simultaneously.

This poster shows the best 12 images of the collection.