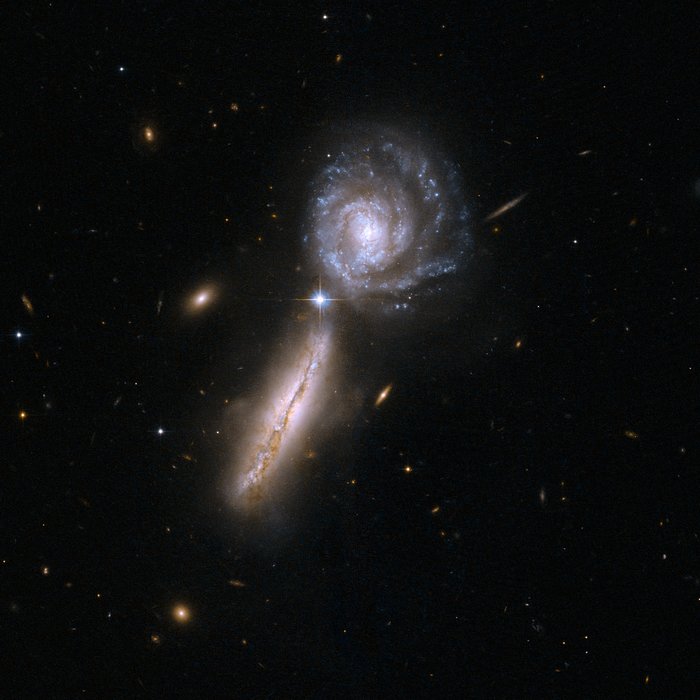 Arp 302 consists of a pair of very gas-rich spiral galaxies in their early stages of interaction: VV 340A is seen edge-on to the left, and VV 340B face-on to the right. An enormous amount of infrared light is radiated by the gas from massive stars that are forming at a rate similar to the most vigorous giant star-forming regions in our own Milky Way. UGC 9618 is 450 million light-years away from Earth, and is the 302nd galaxy in Arp's Atlas of Peculiar Galaxies.