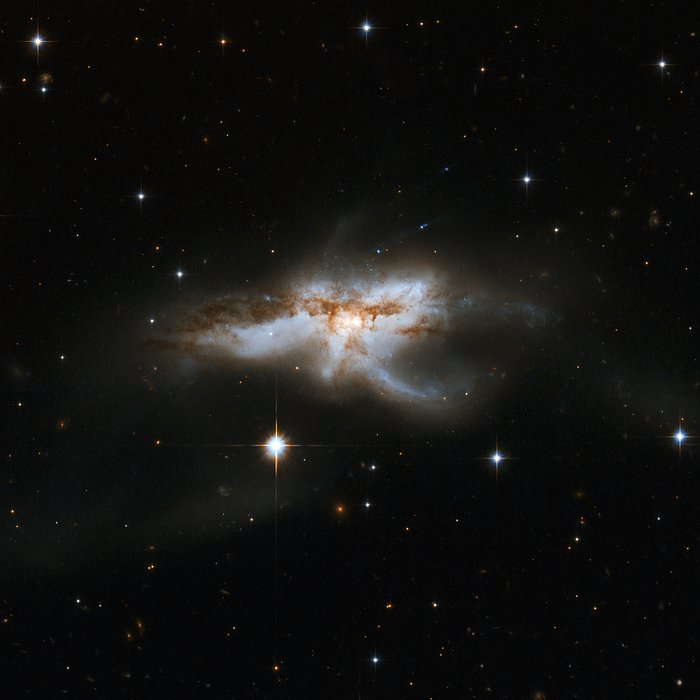 NGC 6240 is a peculiar, butterfly- or lobster-shaped galaxy consisting of two smaller merging galaxies. It lies in the constellation of Ophiuchus, the Serpent Holder, some 400 million light-years away. Observations with NASA's Chandra X-ray Observatory have disclosed two giant black holes, about 3,000 light-years apart, which will drift toward one another and eventually merge together into a larger black hole. The merging process triggered dramatic star formation and sparked numerous supernova explosions. The merger will be complete in some tens to hundreds of millions of years.