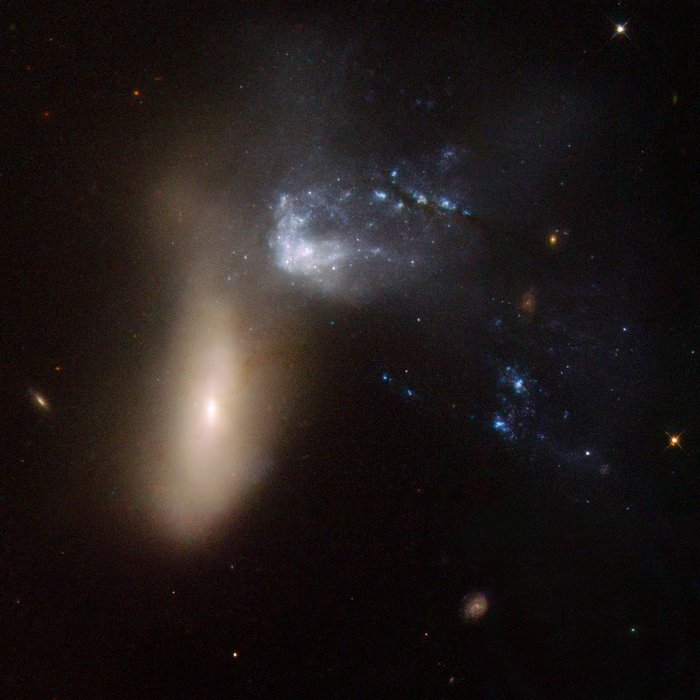 NGC 454 is galaxy pair comprising a large red elliptical galaxy and an irregular gas-rich blue galaxy. The system is in the early stages of an interaction that has severely distorted both components. The three bright blue knots of very young stars to the left of the two main components are probably part of the irregular blue galaxy. Although the dust lanes that stretch all the way to the centre of the elliptical galaxy suggest that gas has penetrated that far, no signs of star formation or nuclear activity are visible. The pair is approximately 164 million light-years away.