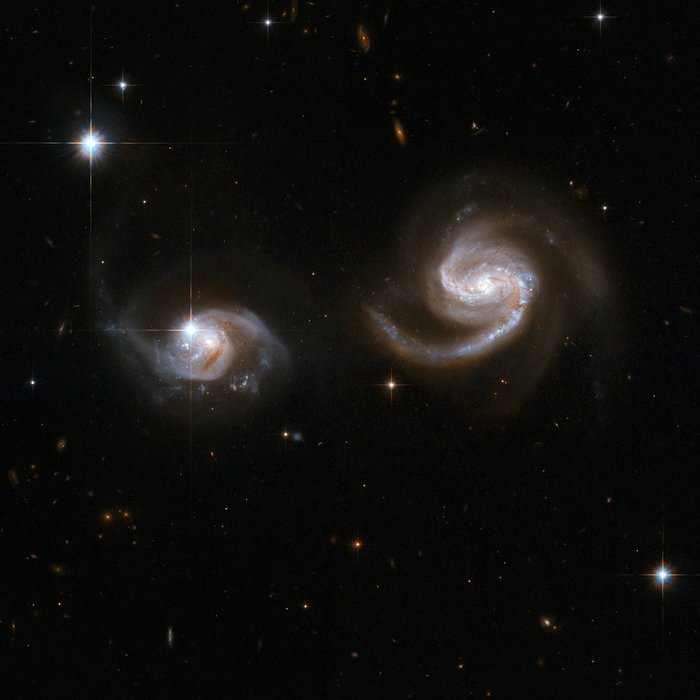 This Hubble image displays a beautiful pair of interacting spiral galaxies with swirling arms. The smaller of the two, dubbed LEDA 62867 and positioned to the left of the frame, seems to be safe for now, but will probably be swallowed by the larger spiral galaxy, NGC 6786 (to the right), eventually. There is already some disturbance visible in both components. The pair is number 538 in Karachentsev's Catalogue of Pairs of Galaxies. A supernova was seen to explode in the large spiral in 2004. NGC 6786 is located in the constellation of Draco, the Dragon, about 350 million light-years away.