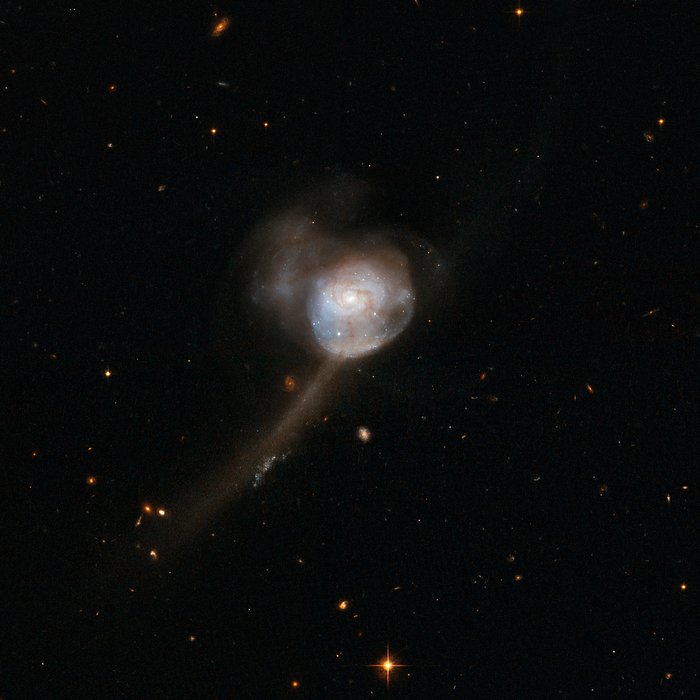 This galaxy features a single nucleus, a containing a blue central disc with delicate fine structure in the outer parts and tidal tails indicative of two former disc galaxies. At present these galaxies appear to have completed their merger. The remnant shows clear signs that the merger was gas-rich and accompanied by a starburst. NGC 17 is gas-rich and can sustain its strong central starburst and present mild central activity for some time to come.

NGC 17 is located about 250 million light-years away in the constellation of Cetus, the Whale.