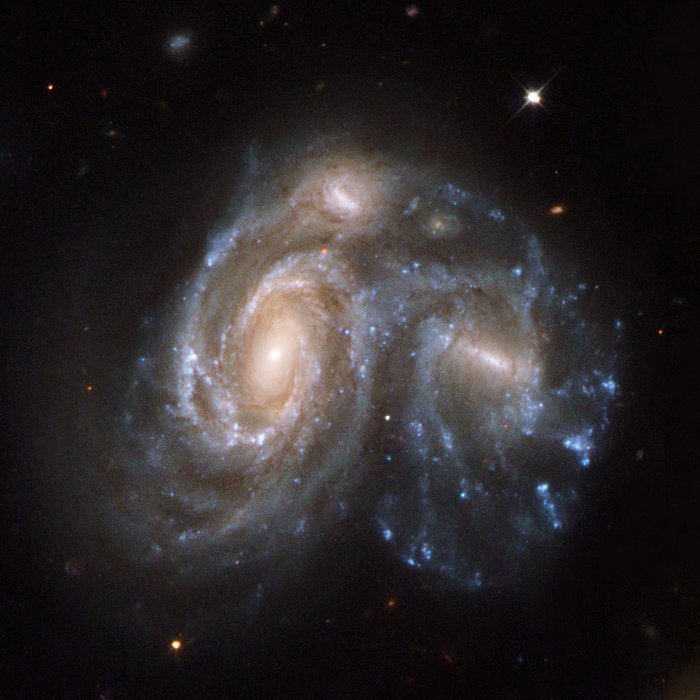 Arp 272 is a remarkable collision between two spiral galaxies, NGC 6050 and IC 1179, and is part of the Hercules Galaxy Cluster, located in the constellation of Hercules. The galaxy cluster is part of the Great Wall of clusters and superclusters, the largest known structure in the Universe. The two spiral galaxies are linked by their swirling arms. Arp 272 is located some 450 million light-years away from Earth.