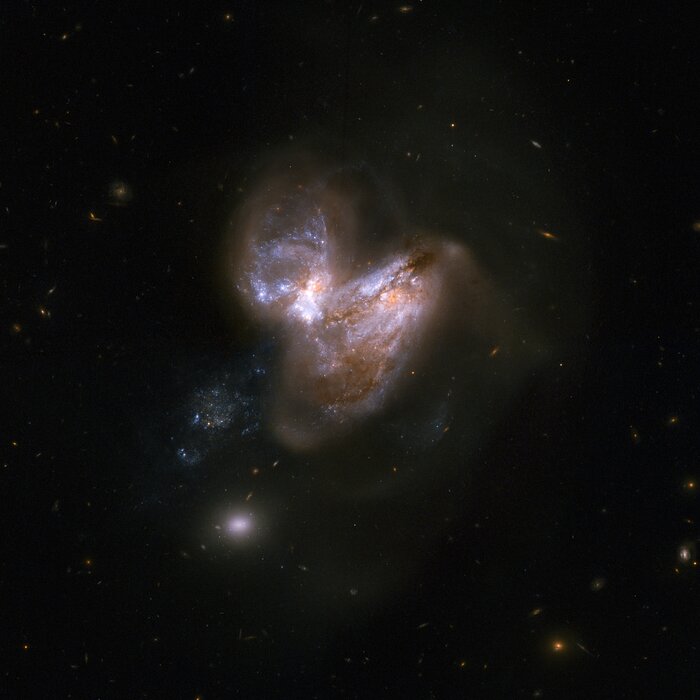 This system consists of a pair of galaxies, dubbed IC 694 and NGC 3690, which made a close pass some 700 million years ago. As a result of this interaction, the system underwent a fierce burst of star formation. In the last fifteen years or so six supernovae have popped off in the outer reaches of the galaxy, making this system a distinguished supernova factory.